Home > Project Profiles > Between the Walls – A Puget Sound Home 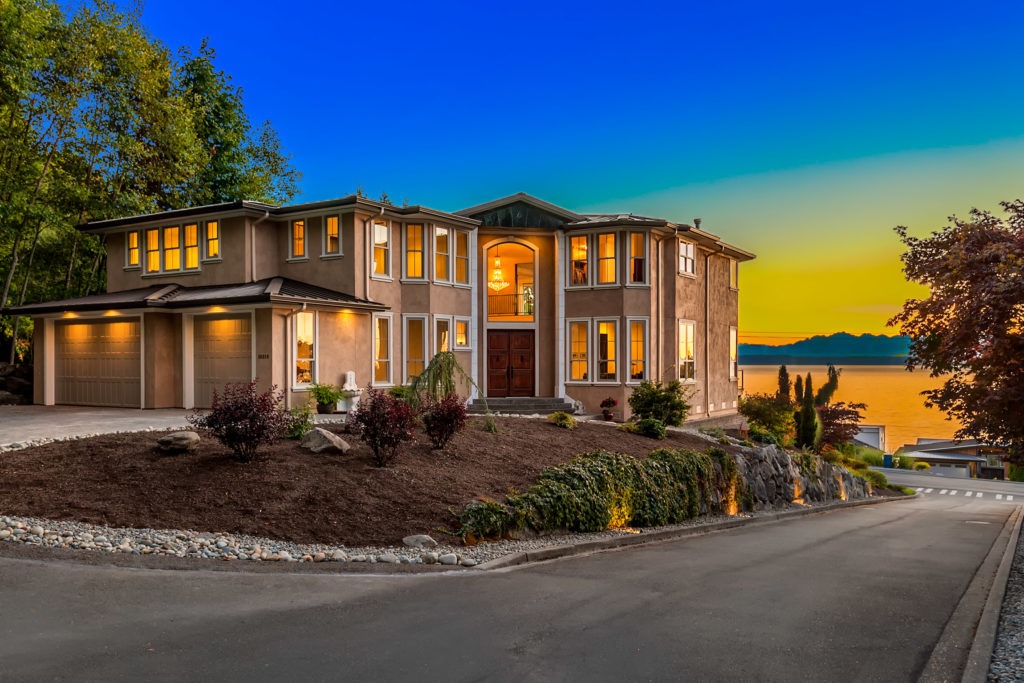 Deb and David Fritschen had several construction projects under their belt when they decided to build their own home. The couple purchased a property in Edmonds, Washington, with stunning views of Puget Sound. The property was already developed with permit approved house plans. Thus, the couple quickly started the process of getting everything updated. Next came figuring out exactly how they were going to build the house. So, what led them to Insulspan’s ready-to-assemble system?

“When we started on this project the home was drawn with conventional framing, but we had a set budget to stay in, and we could not find a contractor to do the framing within that budget,” said David. “I had heard about structural insulated panels (SIPs) years before on Bob Vila’s This Old House television show, and my sister had used them when she was building a timber frame house in Alaska. So, we started looking into building our house with SIPs.”

After consulting with several companies close to Washington, Deb and David found that utilizing the Insulspan® Structural Insulated Panel (SIP) System and their own labor would fit into their budget’s framing allowance. It was an easy process.

“I had heard about structural insulated panels (SIPs) years before on Bob Vila’s This Old House television show…So, we started looking into building our house with SIPs.” – David Fritschen, homeowner

The panels arrived on the building site pre-cut to the needed specifications. This included window and door openings, and electrical wiring chases. Also pre-installed? Connection splines and framing lumber. This prefabrication made the install easy for Deb and David.

“I’ve built another house in the past all the way from the start, and I am very impressed with how the SIPs went together and how easily we were able to install them,” said David. “All you have to do is line up the top and bottom, and everything is already plumb and perfect. Our house has several complex angles and using SIPs made the construction of the exterior walls simple.”

“They [Insulspan representatives] were also really responsive to us when we had questions or needed additional supplies.” – Deb Fritschen, homeowner

Insulspan was great to work with too,” added Deb. “Since we were building our house ourselves, they were able to send us the first story SIPs and hold the panels for the second story in the factory until we were ready for them. They were also really responsive to us when we had questions or needed additional supplies.”

While Insulspan’s ready-to-assemble system was a great building solution for the couple’s DIY home, it also provided them with several benefits inside their walls. The continuous layer of thermal insulation reduced the air leakage from inside the home. It also improved energy efficiency when compared to a conventional stick-frame home. “We started living in the house before it was completely finished and were able to heat it at night with one gas fireplace,” said Deb.

The thick, rigid insulation also suppresses outdoor noise. “You would never know we live by a train,” said David. “In fact, the reduction of outside noise in our home is so good it has been used in several commercials and films. It can even get so quiet in here that the sound crew picks up the inaudible sounds of the refrigerator running.”