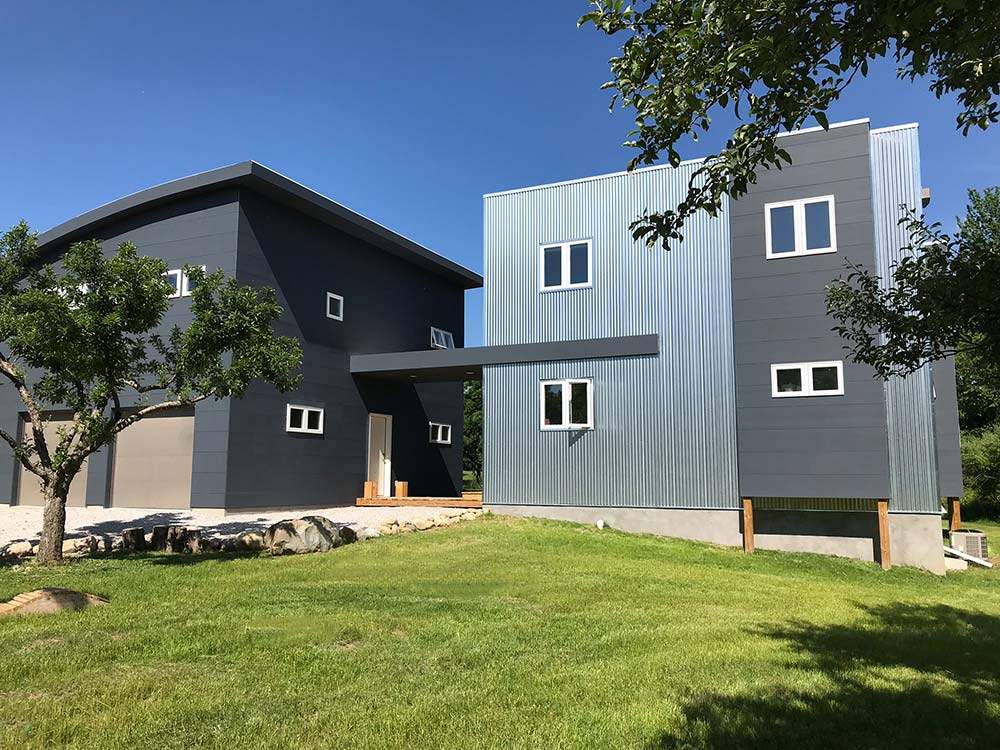 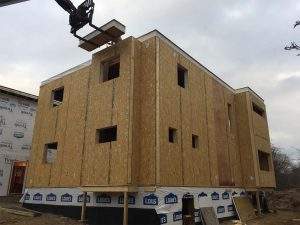 Keeping it in the Family

When Christopher Marr and his wife were planning to build their dream home, they didn’t have a specific design in mind. This comes as a surprise considering how Chris grew up surrounded by timber framing.  His dad, Louie, built timber framer houses for years using structural insulated panels (SIPs).

By the time Chris got to college, he had been surrounded by craftsmen all his life. So when it came to choosing a career, he wanted to stick with something comfortable. Because “using SIPs…, was like being home”, Chris became a civil and structural engineer. That way he could move beyond just having building experience toward gaining a mathematical understanding of how SIPs and timber work to form a strong structure.

When Chris graduated college, he made the logical decision to work with his dad’s already successful business. They quickly had an opportunity to become SIP distributors, which also meant creating their own designs. As a result, Chris designed and installed SIPs. This created a definite advantage for Chris who states, “I was designing the home and going out into the field and putting it together; it was a closed loop. When I designed something new, I saw how it worked in person and could iterate on that for the next home.”

The quality of the panels in lamination and cutting accuracy, the thoroughness, the attention to detail, from accessories to delivery; Insulspan has always had a philosophy of taking care of the details through all of it.“ – Chris Marr

Needless to say, when Chris and his wife decided to build their dream home, he had all the expertise to be his own builder. Because they did not have a specific floor plan in mind, they decided to let the land dictate how they would design their home. The property, which had been in the family for generations, had a forty-five-year-old orchard and a pond on it. The pond is what inspired Chris to design a home with a view. One design element Chris and his wife incorporated is a flat, green roof. Chris shares that, “We chose a flat roof because it could give us the view we wanted with green roof capabilities and it meant that after years of walking on slanted roofs, my dad and I could enjoy building on a flat surface.” 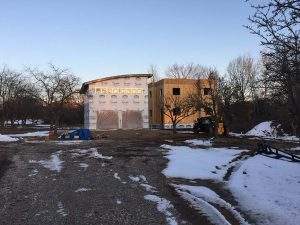 In addition, Chris and his wife wanted to build an energy efficient home. One goal was to incorporate an “… outside envelope of the house made entirely of uninterrupted foam.” Chris briefly entertained the idea of using super insulated house framing with 2×6 boards and foam on the outside of the house before quickly realizing the method wasn’t reasonable for what he wanted to do; build a home with just himself and his dad.

“I have a lot of relationships with human beings at the company. The history, the people, of course Insulspan.” -Chris Marr

According to Chris, “[u]sing panels was a perfect way to put up the continuous foam and save time building with just my dad. It meant I was able to put money into the panels instead of labor,” states Chris. In the same amount of time Chris and his dad framed the house with panels, it would have taken a crew of 20 men to stick frame it. By using SIPs, Chris was able to make the job easier and more time effective by saving at least ten days in construction time as well as the associated labor costs.

Choosing to build with SIPs led Chris back to Insulspan. “I have a lot of relationships with human beings at the company. The history, the people, of course Insulspan. The quality of the panels in lamination and cutting accuracy, the thoroughness, the attention to detail, from accessories to delivery; Insulspan has always had a philosophy of taking care of the details through all of it.” Chris’s ultimate, philosophical goal with his home is inspiring other builders to imagine walking into the home in 500 years. “Think of someone remodeling it and saying ‘Wow, this home has lasted 500 years! Sure I have to change the drywall and some appliances but the structure?’ That is real quality.” Chris’ focus is always to build something that will last.

“The fewer pieces you have, the less of a chance you have of screwing it up. That is why timber framers started making [SIPs] thirty years ago. [SIPs] just make life easier.” – Chris Marr

The goal for most builders is to make a quality, problem-free home for their customers. But, as Chris explains, “It means builders tend to go with what they know. You don’t want to try the new thing only to find out it doesn’t work. If there is a problem you end up leaving the customer with that issue.” As an owner/builder Chris feels free to do things outside of the norm.

While SIPs have been around for over thirty years, they still seem innovative to many builders. Chris uses them because they not only make his home more energy efficient but because they simplify the building process. “More variables mean more potential for problems.” By using panels, Chris can have one, nineteen-foot long panel across a space that would have taken two different levels of stick framing. “The fewer pieces you have, the less of a chance you have of screwing it up. That is why timber framers started making [SIPs] thirty years ago. [SIPs] just make life easier.”

“I don’t accept junk. Compared to the other panels, the quality at Insulspan is so much better.” -Chris Marr 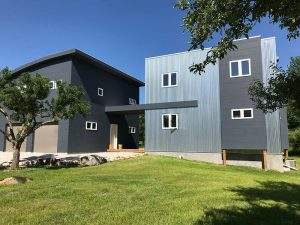 Chris admits that he is biased toward Insulspan but that the bias is not unfounded. “I don’t accept junk. Compared to the other panels, the quality at Insulspan is so much better. The other companies were always a nightmare. Many of them are about getting the product out the door and leaving the builders to pick up the slack.”

Things are different with Insulspan, and that is why Chris chose to use our panels for his dream home. “I loved having the confidence that if I did my part right, they did their part right. Having a partner like Insulspan when doing SIPs is a no-brainer. Those guys have it down and know how to make panels well.” After two years of planning and building with his father, Chris and his family are finally able to enjoy their dream home. It has the style they wanted with energy efficiency to boot, and Chris was able to achieve his goal. “I wanted to build something that I know is quality, and using a panel system was the way to do that.”