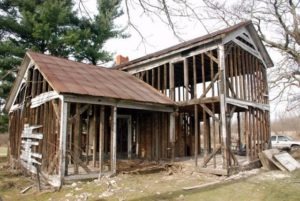 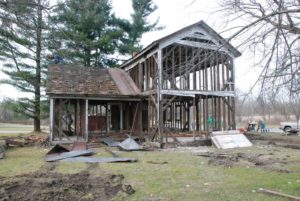 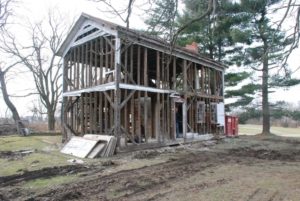 Where others see an abandoned house, builder Dan Troth sees an important piece of American history worth saving. Troth stumbled upon a 19th century timber frame farmhouse outside of Columbus, Ohio. He promptly set out to preserve the hand-hewn timber frame by using it in a new and green home. 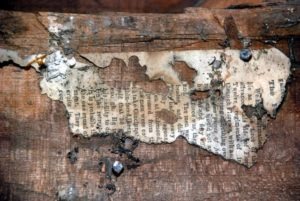 Troth meticulously disassembled the home, carefully documenting the pieces for reassembly. During disassembly he found a newspaper inside a wall cavity. Placed in the wall during the home’s original construction, the paper chronicled a Civil War battle from 1862.

“The homeowner was interested in using SIPs from a green home building standpoint,” said Parker. “But we really didn’t explore conventional framing at all. SIPs were in the line from day one.”

The Insulspan® SIP System creates an airtight building envelope, helping the homeowner save energy and reduce their carbon footprint. As an avid green home builder, Troth also plans to outfit the home with other energy saving features, including a geothermal heating & cooling system, tankless hot water heaters, and a heat recovery ventilator that provides ventilation without heat loss.

“The energy efficiency is a huge reason to use SIPs and one of the main reasons more people will convert to them in the future.” – Todd Parker, F5 Design

“With the energy crisis we’re having, people are more concerned than ever about their utility bills,” said Troth, who conducts thermal imaging and energy analysis on all the homes he builds. “SIPS also give my clients a stronger home and a healthier home. I feel like I’m also doing the right thing by trying to help our country conserve energy, one house at a time.”

Parker said in addition to reducing energy use, the Insulspan SIP System was ideal for enclosing the timber frame structure. Using SIPS for the roof instead of more commonly used attic trusses, means the family benefits with a finished third floor living space. The homeowners chose to create a large guest room with a full bath on this bonus level.

“Timber frames typically have a large volume of space with tall walls, and the SIPs lend themselves nicely to fill in that space with large panels,” said Parker. “In the roof, you can use panels without a lot of augmented structural items.”

Although Parker admitted this project was not something he encounters every day, he sees the benefits of using SIPs on future projects. Troth, who has been building with SIPS since 1988, prefers to work with them exclusively.

“The energy efficiency is a huge reason to use SIPs and one of the main reasons more people will convert to them in the future,” said Parker.